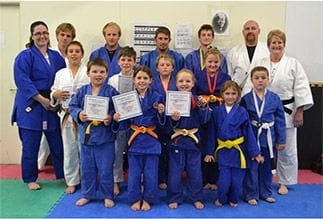 Hobart PCYC is a non-profit community service organisation that aims to provide a safe environment for youth and the community to participate in a range of social and recreational activities at affordable prices. Activities include gymnastics, weight training, and various forms of self defence.

Hobart PCYC also offer special projects, designed to provide activities and support programs to those who are unable to access our facility in Liverpool Street, close to the centre of Hobart.

Activities, once organised and run by volunteers and parents, have changed and expanded over our 50 years
of operation, and are now coached or instructed by experienced, accredited personnel.

Funds required for the ongoing operation of the building must be raised by the Club's members, sponsors, and supporters.

Expenses include administration costs, staff costs (wages, supernnuation, worker' compensation etc)
Equipment & Vehicle purchase, replacement, maintenance and repair, Cleaning costst and so on. The Club has a philosophy of maintaining low session fees and membership, so that activities are affordable for everyone. The Club instead relies on the "PCYC Family". Most people who use the Club do so because they know
they are not only getting value for money, but are also helping a good cause.

for News and Special
Partner Offers Guaranteed
to Save you money.

The June 2016 edition of TAPCYC News is now online!
Check it out to see what has been happening for PCYC Tasmania over the last two month...
Read More